M1-c6v1 developed by Virotech is a genetically engineered virus strain based on the dominant clone sequence of the wild-type M1 virus.

It is a genetically modified oncolytic virus belonging to the Alphavirus genus (alphavirus M1) of the Togaviridae family.

1、infection and replication within cancer cells, resulting in direct cell lysis and cell death via apoptosis or autophagic cell death

2、release of cytokines by infected cells, promoting the death of surrounding cancer cells

3、triggering of immune responses to antigens on the dead cancer cells, which enhance systemic antitumor effects. 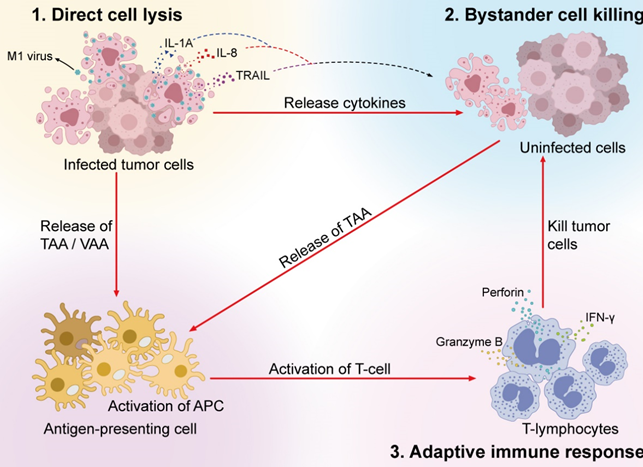 Oncolytic viruses specifically replicate and spread within cancer cells, resulting in direct cell lysis and different forms of cell death, including apoptosis, or autophagic cell death. This mechanism is involved in the antitumor effects of almost all oncolytic viruses and is also fundamental to the further activation of immune response . To enhance the direct oncolytic effect, oncolytic viruses can be armed with pro-apoptotic factors or co-administered with cytotoxic chemotherapy agents or pro-apoptotic molecularly targeted drugs.

In cancer cells infected by oncolytic viruses, the antiviral immune response is frequently activated, leading to the production of many antiviral and inflammatory factors . These factors bind to the membrane receptors expressed on surrounding cancer cells to promote cell death, and recruit immune cells to the infected site, mediating antiviral and antitumor effects on those uninfected tumor cells . This so-called “bystander killing effect” has been found to be an important antitumor mechanism for a few oncolytic viruses, such as vesicular stomatitis virus and M1. 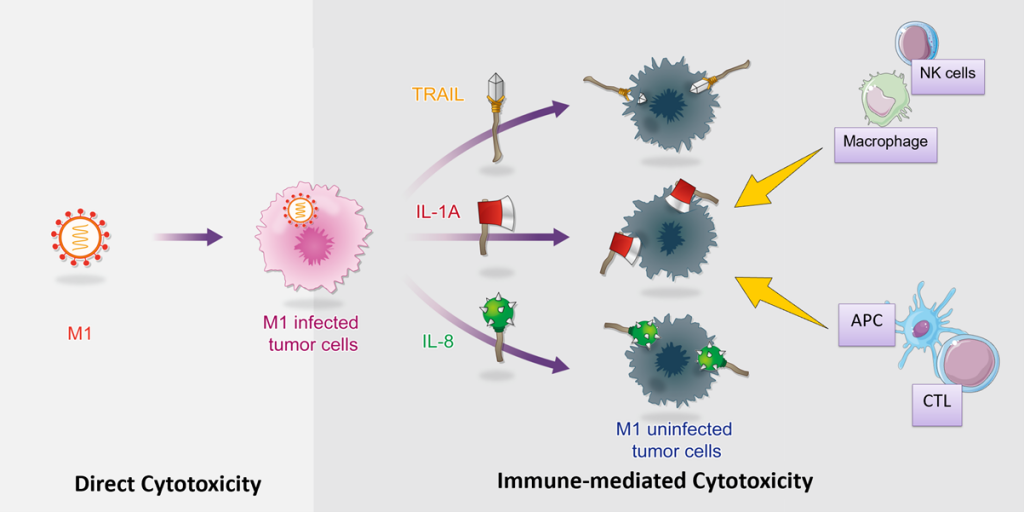 The cytological characteristics of tumor cells, such as low expression of the antiviral protein ZAP, determine the cell selectivity of M1 viruses for tumor cells rather than normal cells.

M1– VCP inhibitor combination therapy enhance the specificity, cytotoxicity or immune-stimulating potential of the virus. Accumulation of unfolded proteins during virus replication leads to a transcriptional/translational response known as the unfolded protein response (UPR), which might counteract the antitumor effect of the oncolytic virus.

b) When M1 infection occurs in the presence of valosin-containing protein (VCP) inhibitors, the IRE1α–XBP1 pathway is suppressed, causing overload of the UPR, which leads to irresolvable ER stress and subsequent apoptosis. 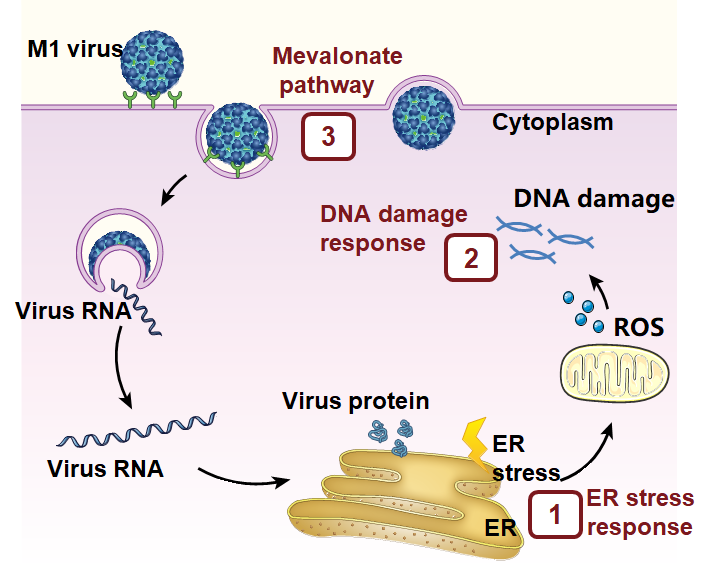 Virotech focuses on the development of innovative genetically engineered oncolytic alphavirus for cancer treatment, oncolytic virus synergists and in preparation of anti-tumour drugs since it was founded. Recently, our product portfolio has expanded to include in vitro diagnostics kits.

Virotech is planning to initiate Phase I clinical trial in Australia, and submit INDs in US and China in early 2021.